Well, I did it – I rented a motorbike. I’ve got a beautiful sky blue semi-automatic 110cc Honda Wave. It’s just barely more powerful than a scooter, and I love it. I’ve named her Shelby.

The rental was surprisingly easy to set up. I asked for a recommendation at my hostel, checked it out on Trip Advisor, walked over to their shop, and signed one paper. The price to rent Shelby for the 7 day trip to Hanoi was $63, plus a $600 deposit. They gave me a quick lesson on how to drive a semi-auto (it’s like a manual with no clutch, just ease off the throttle when changing gears) and said it would be ready for pick up in the morning.

Yesterday I set off west from Hue for the Ho Chi Minh Road, which runs north-south from Hanoi all the way to HCMC along the mountainous western edge of Vietnam. The road connects many small towns and villages, and is well known for being rich in scenery and light on traffic. I found the road mid-morning, turned right, and drove. 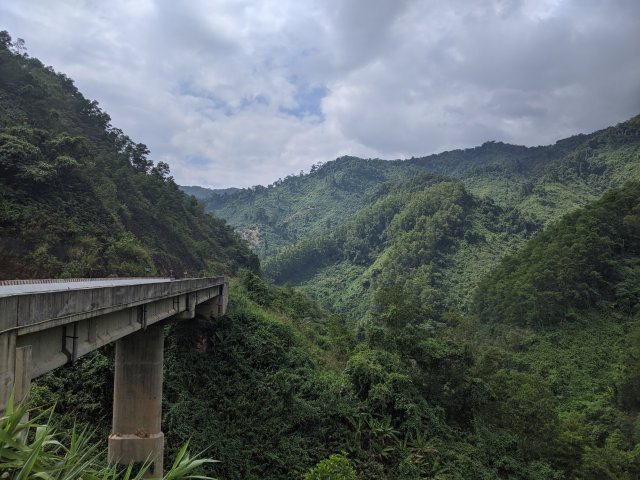 Shelby is spunky, if not exactly powerful. On the flats she tops out around 65kph, which is more than plenty for these twisty mountain roads. I don’t actually know what the speed limit is – it’s not posted – but it’s rare to get over 60kph.

I spent the night in the small town of Khe Sanh. I can’t really recommend a visit – there’s not much to do, and even at 7:30 on a Friday night the place was totally dead. As a stopover though it did the trick. I took a nap, ate a mediocre bowl of pho at the cafe across the street, read my book and went to bed.

Today I was on the road bright and early, hoping to beat a rain system moving down from the north. The first couple hours were some of the best terrain I’ve seen. The mountain roads were so steep and winding that I seldom made it into my top gear on the way up, and used the brake more than the throttle on the downhills. I probably averaged about 40kph, but it was worth it for the views. 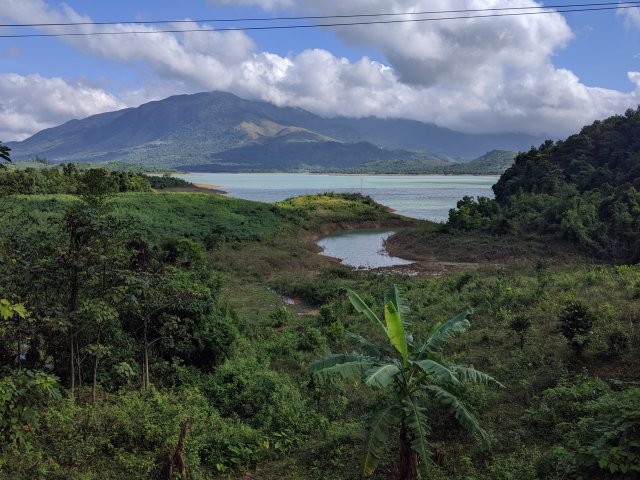 Every few kilometers for the first half of the day there was road work. I suspect that keeping the jungle from consuming the road occupies a small army of construction workers full time. Other slowdowns included herds of cattle and the occasional heavy truck to pass. Traffic was all but nonexistent, especially later in the day. I would go 20 or 30 minutes without seeing a soul. 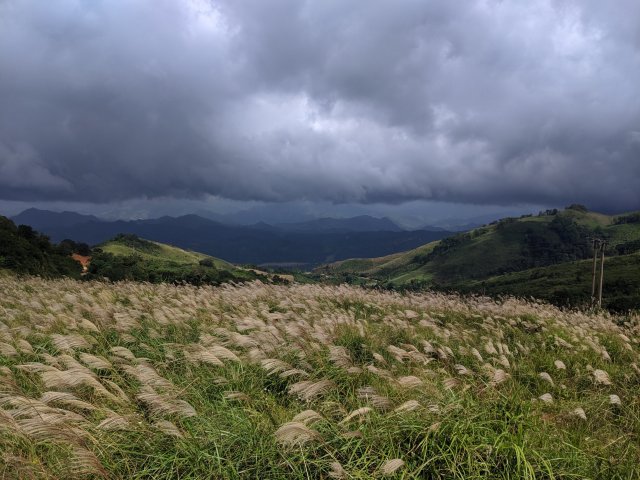 I drove through one rainfall and flirted with another. Every little valley seemed to have its own weather system – some were quite wet, others hot as a furnace. This stretch was much less populous than the one yesterday, so I didn’t stop for lunch because I never passed an open cafe. I bought a bottle of coke from a tiny village store, and two liters of gasoline from a plastic bottle at another, munched a granola bar, and drove on. 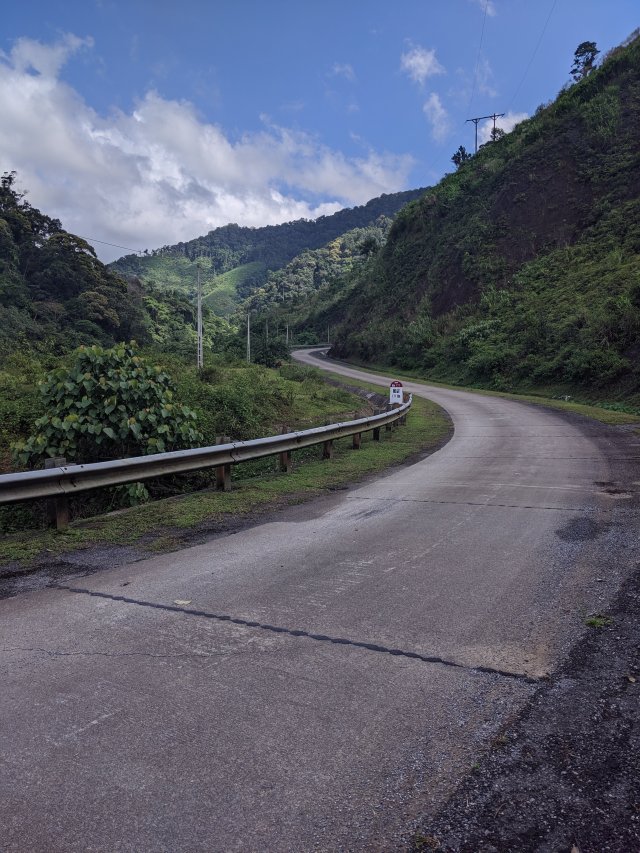 In the afternoon the road opened up a little, and I made much better time. I even got up to 75kph on a long, empty downhill straightaway. It may not sound too fast, but Shelby was jittering like she was about to fall apart! I kept it slower after that.

This ride was truly gorgeous. I didn’t stop for photos half so often as I should have, and I still got more than I can reasonably post here.

Now I’m in the village of Phong Nha, which provides access to Ke Bang National Park, famous for its splendor caves. I’ll be exploring those tomorrow, then it’s back on the road.